Surgery and a Storm and kids off to college

Things have been such a whirlwind that I haven't been updating here! August is probably the craziest month since before the pandemic. 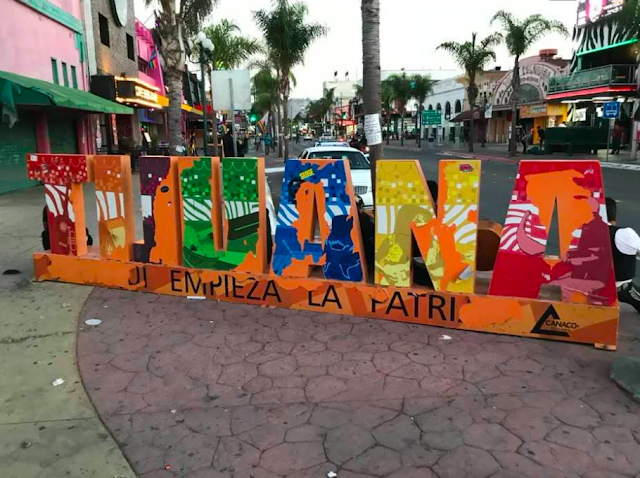 About two weeks ago Mike and Phoebe flew to Tijuana as their summer class sessions can to an end. They needed to cross into San Diego and get vaccinated before Phoebe left for college. 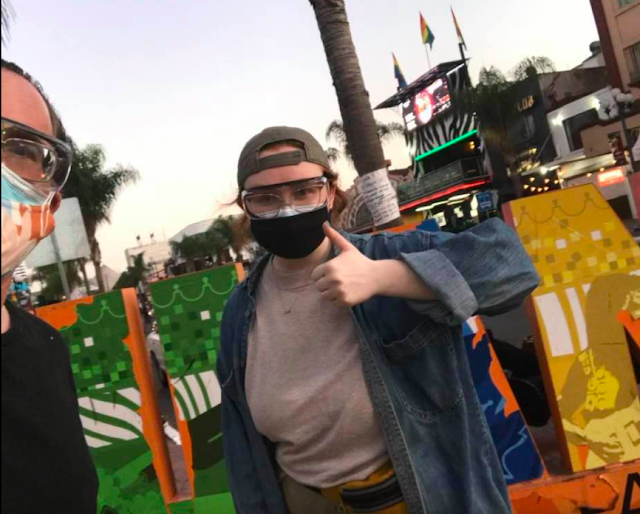 Since they flew unvaccinated they double-masked and wore goggles over their regular glasses. The flight was within Mexico so a negative COVID test is not a requirement for flying. 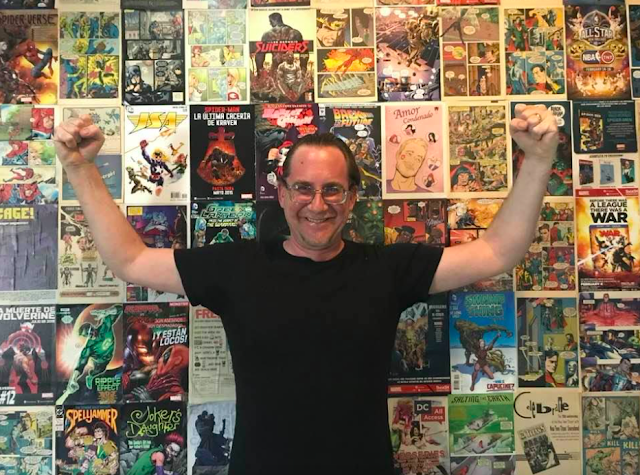 The place they stayed in, in Tijuana was an Arcade bar and had walls of comic books! The trip was successful and they came back vaccinated, Covid free and with new papers to stay in Mexico for 6 months.
Nine days later Phoebe was back on a plane to Arizona. Her new semester was starting and she was meeting her friends in Phoenix. They got her to Tucson and she moved into her dorm room at the University of Arizona. She just got through her first week of classes and is adjusting slowly to being back in the world after a year and a half of Covid life in Mexico. 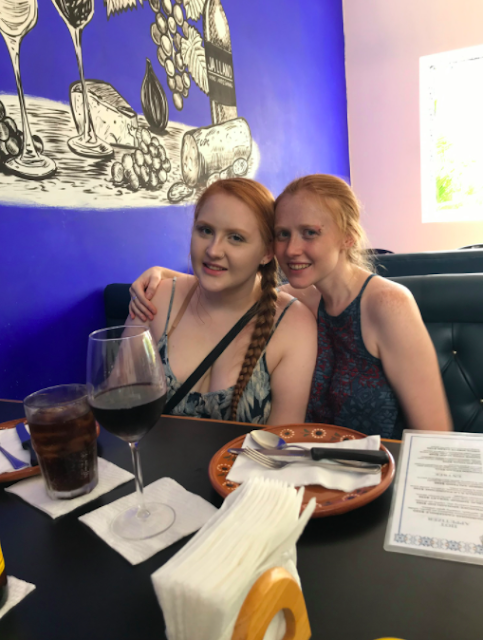 Next was Naomi's eighteenth birthday! We found a new Mediterranean restaurant that had so much amazing vegetarian food. Naomi had a great day, she even got a message from Tommy Chong! It was hilarious and she loved it. 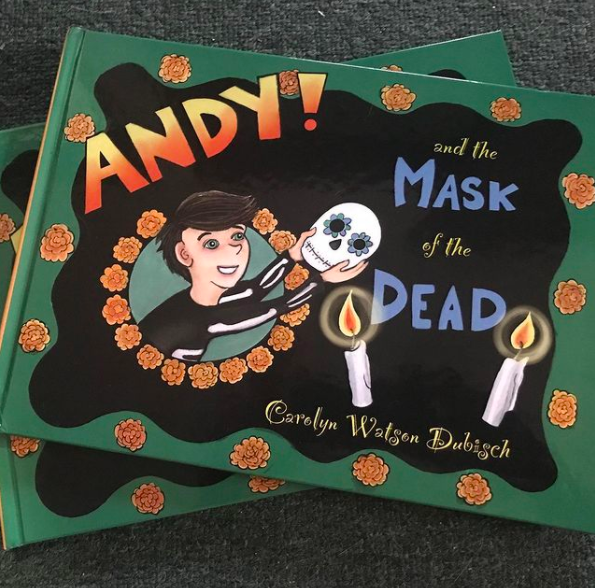 In the midst of all this, my new book came out!! I had an interview about it here on the Readool Books website! 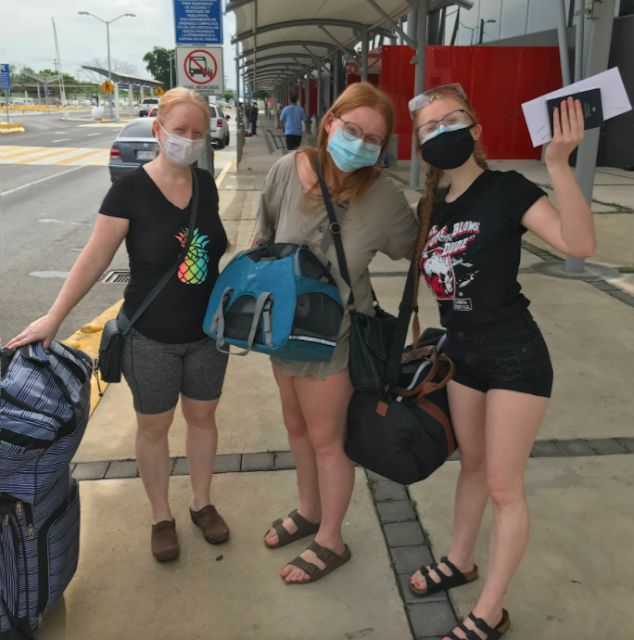 The day after Naomi's birthday Chloe was off to Chicago for her final semester at the University of Chicago. 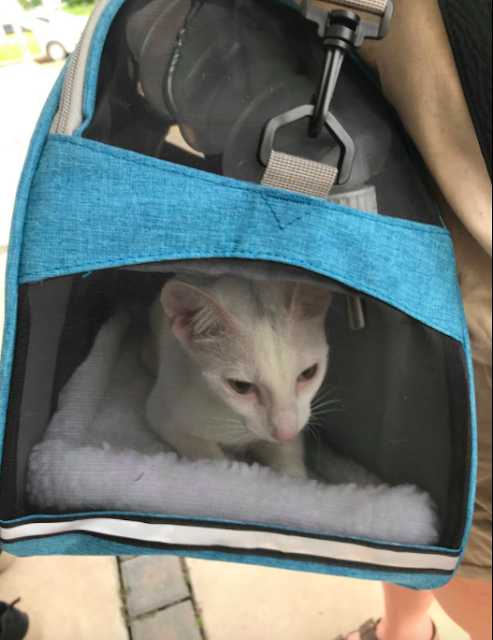 She traveled with her little cat, Wednesday (yes that's her name). Her flights went really well until they landed in Chicago where they kept them sitting on the Tarmac for two hours while they waited for an available gate to deplane. Then it was a fiasco meeting her driver finding the airbnb and getting inside. All of this was happening at 2am so it was super stressful to navigate this from Mexico. Anyway, Chloe's adjusting to the city and Wednesday is making friends with all the guests in the Airbnb shared space. 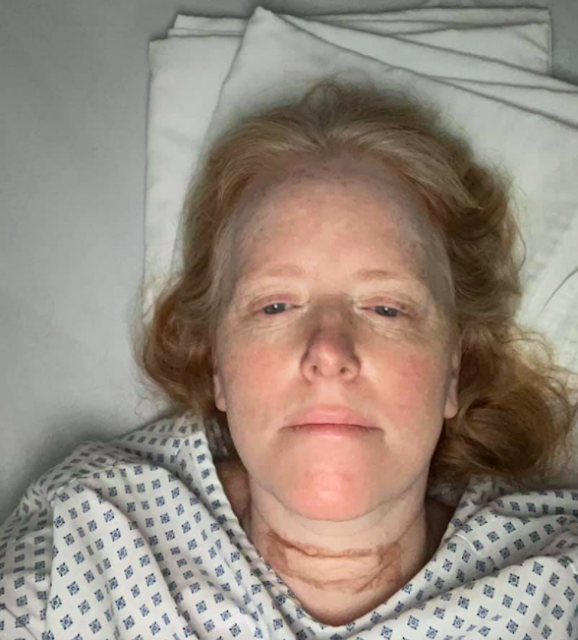 Early Friday morning we met up with my interpreter at the hospital registered for my surgery. I was in for about 2 hours with a few more in recovery. The doctor said it went really well. He removed half of my thyroid and all of the tumor. Both the doctor and the pathologist are confident that I will not need further surgeries, (which was a huge concern). I am waiting on the final pathology report though which takes a few days. However, I am home from the hospital now and am doing well.

Outside we are being hit with Hurricane Nora, and it's been very intense. Mike went up the street to the pharmacy and suddenly the wind picked up and my dog started barking like crazy. Eight minutes later he came back drenched from head to toe and said  "The pharmacy is closed, and we no longer have an umbrella!".