And now it's March, time for Mutant Piñatas!

I haven't posted in a couple weeks, but, man, have I been busy. After MUCH negotiation I took on a huge mask order from Paramount Pictures in Australia and then their affiliate in Los Angeles. I've been teaching A LOT (today we're going to design flying robots!!) and I'm editing pencil sketches for the children's book I've been commissioned to illustrate. 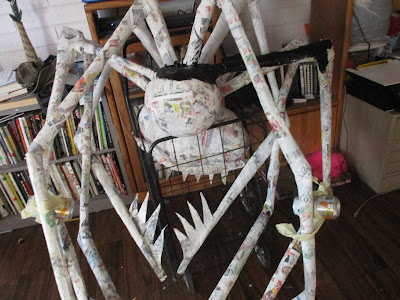 And in my "spare" time I've been building a giant spider for the Mutant Piñata Show. Here he is shoved head first in my laundry cart so I can paint him. 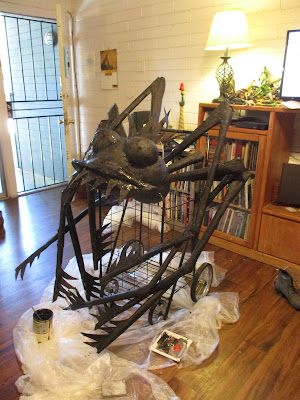 His name is "Legs". He's got his base coat drying in this shot. 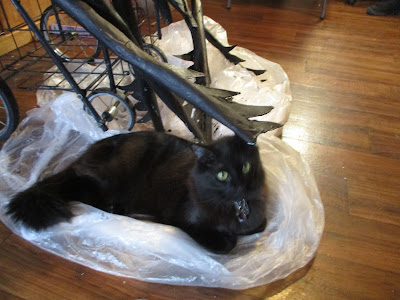 The cat made a deep connection with this sculpture. 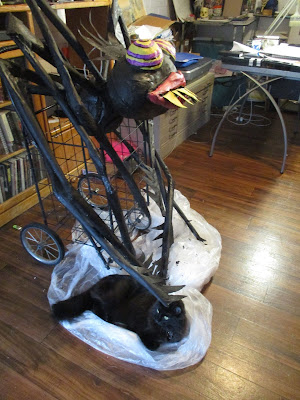 He liked guarding him. 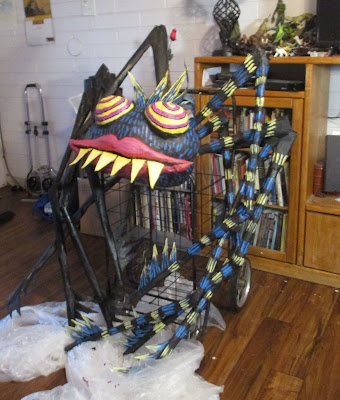 I was painting over the last couple days. 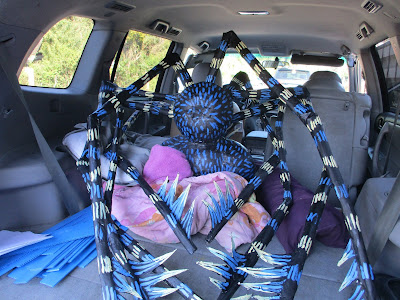 Today I brought him in to the gallery. He has to ride face down, poor thing. 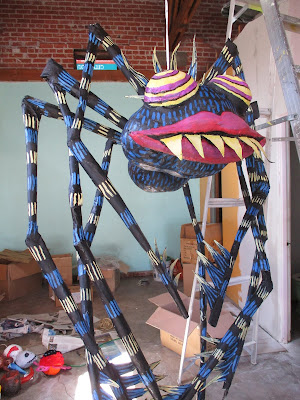 We hung him right away, because all those legs make him a bit fragile. 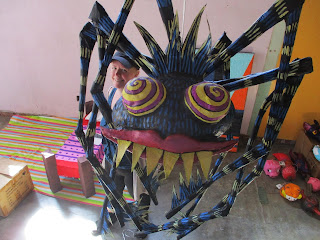 Peering through his many legs.

The rest of the show will be up in time for the opening tomorrow night! 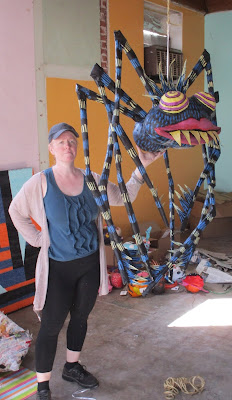 In the mean time Naomi has been off on her own journey to visit Chloe in Missouri at her college.
She came home yesterday afternoon and Phoebe came along with me to collect her. 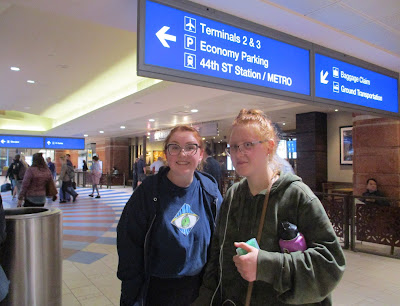 I think she had a really great time even though Chloe forced her to watch her study and brought her to her film class where she watched a movie. Everyone assumed she was a student and kept asking what her major was. :)

Phoebe got some great news this week. She's been accepted into "City Term" with a 92% scholarship for her last semester of high school next fall (she's actually only 1 class short of graduating this semester, but has decided to take on this.) City Term is a program for high school students in NYC where they learn about the history of the city and about city planning. It's quite intensive actually. She also just nailed her interview for her Medical Illustration internship at St. Josephs hospital so she'll be doing that this summer. She's a super self motivated kid.

Anyway, happy Thursday!! And if you're in Phoenix, come down to the opening of the Mutant Piñata Show tomorrow night (between 6pm and 10pm)on Grand Ave!!