To follow up on Chloe's many struggles arriving at school in Scotland, she finally got her luggage!! (That only took 8 days!) She had to return on the train to Edinburgh and go back to the hotel she had initially stayed at. They had kindly secured her luggage. It took all day, but she had just made some friends at her dorm and they were up for an adventure! 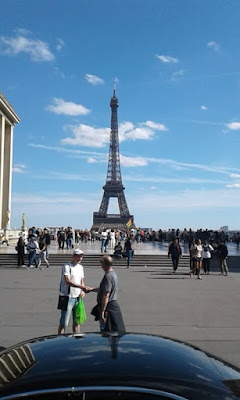 Chloe also sent me some photos of her time in Paris.and Scotland. 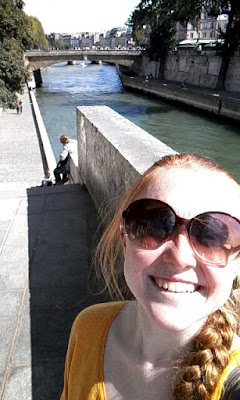 Here she is by the River Seine. 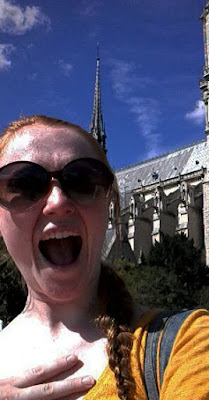 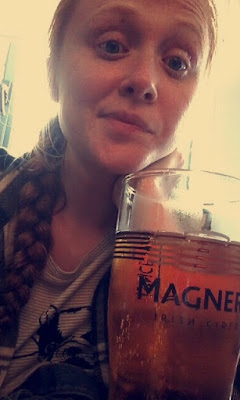 On a brewery tour in Glasgow 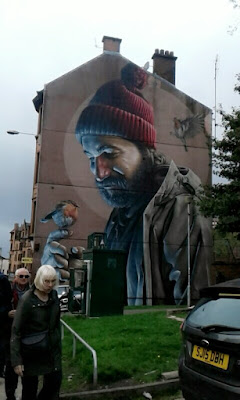 An incredible mural near the school. 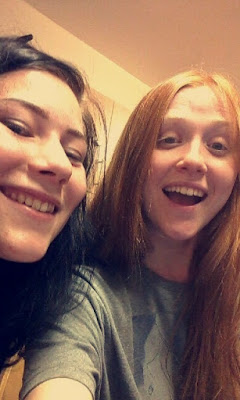 And here she is with her new friend Sam.

In other news Phoebe's been busy at school in California. Last week her class went into San Francisco to visit the MOMA 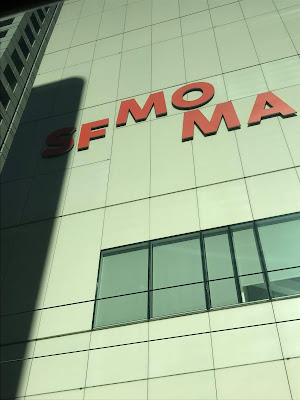 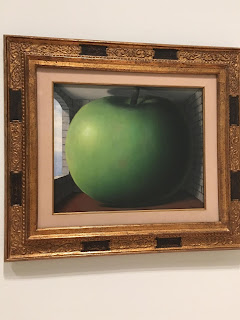 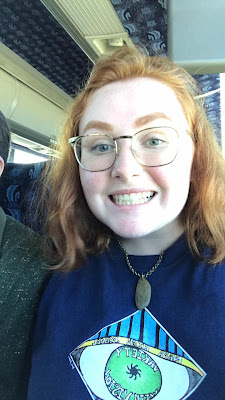 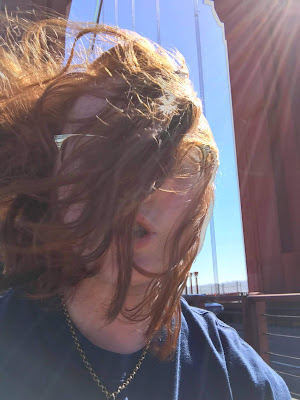 And they walked across the Golden Gate Bridge. It was windy.

She also has been sharing with me many school adventures. She and some friends found a wood and went exploring in their free time. Apparently they found a treasure chest, but had run out of time and needed to race back to school! (There's got to be more to that story, but I think she's holding out on me. ) Anyway she took this great photo of a hot air balloon flying over her school last weekend... 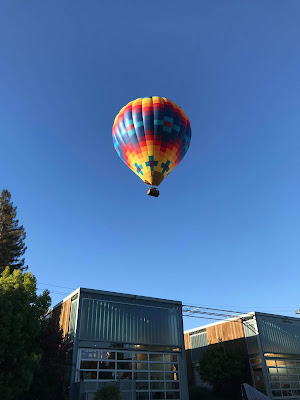 Now that they're both settled at school they seem to be enjoying themselves. Here in Phoenix, Naomi is busy with school, and friends and Mike and I are teaching and making art. Of course, the Halloween orders have begun. Here's an eyeball mask I made last week... 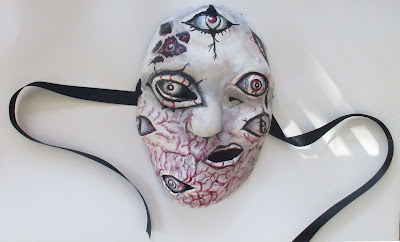 And the mask orders just keep coming.... Have a restful Sunday.