The train to the countryside 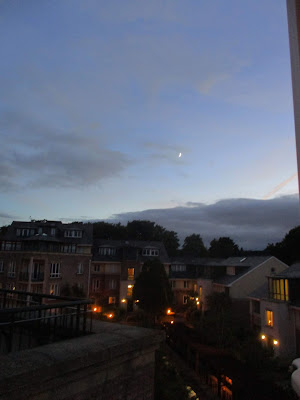 This photo is from our kitchen window on our last night in Dublin.

We set out in the morning in an extra large taxi cab to Heuston Train Station. It was my first experience looking out through the front windshield while driving on the right. I have to say it did make me anxious. Unfortunately when we bought our tickets it was only 11 am and our train to Bagenalstown was at 1:15pm....So lots of time to kill. 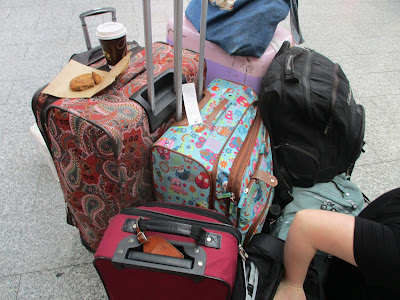 Our luggage became a great surface to set food on. 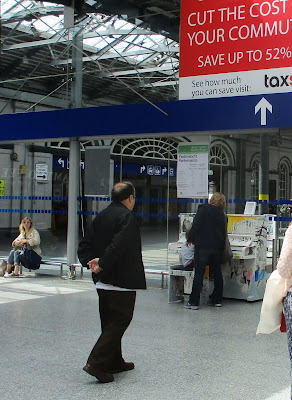 We listened to a mom and child pluck chopsticks on this public piano. 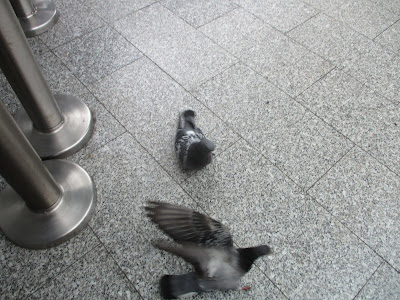 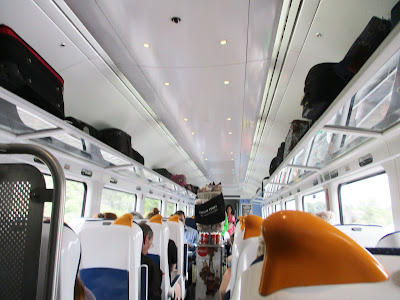 Finally it was time to board. We raced in one direction, wrong track. Then we raced in another to track 3 and the train was already half full. The Irish rail is confusing to say the least. Then we pushed all our luggage through looking for spots to stow it. An epic effort after hours of nothing to do. Finally we found seats and were off! An hour and twenty minutes later we were hustling our luggage off the train. The conductor stuck his head out and waited patiently for us! 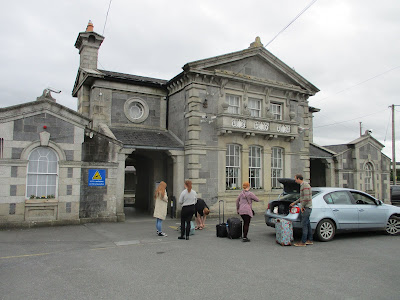 When we arrived at the station Reuben from Shankill Castle was there waiting for us. Unfortunately the car was a bit too small for so many people and all the luggage so we waited a bit longer for his uncle to arrive with another vehicle. 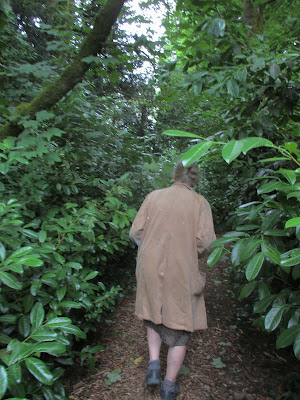 This is Elizabeth Cope (well the back of her) she and her family own and run Shankill Castle. She's taking us on a tour of the grounds in this picture. She's also a very well known Irish painter, and her family is full of artists. 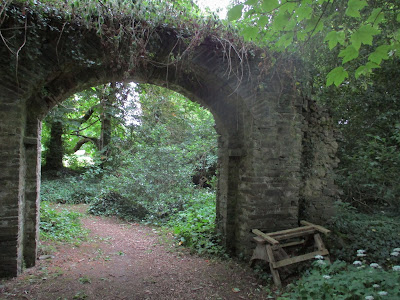 One of so many archways. 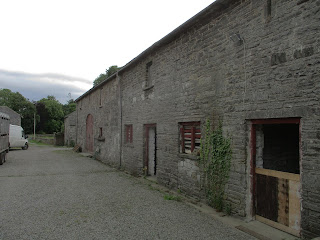 By the carriage house. This is the back near the Coach House cafe. They only just established the cafe in the last year and while they were building this business an Irish reality show followed them about with cameras. Since it aired last April, they've been getting busloads of Irish folk coming through. 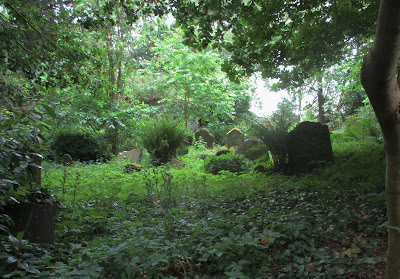 This is a graveyard next to the pre-reformation church on the grounds. 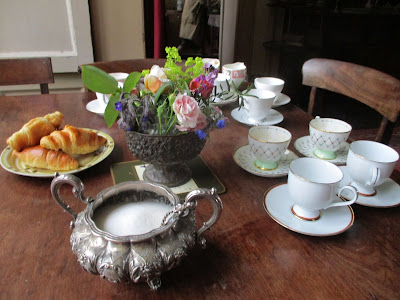 The tour ended with tea in the Castle, a big group of people from Iowa were also there. The castle rents out airbnb space and they were just passing through. 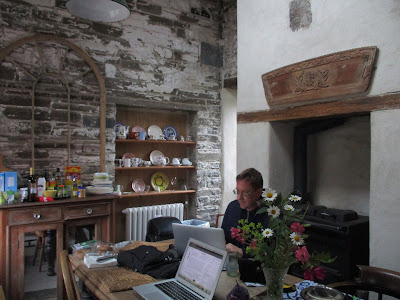 This is Mike this morning in our resident's cottage. Already today the construction up the road made a hole in their fence that all of Reuben's sheep slipped out of. He woke up to them wandering up the road. He collected them and then moved the sheep close to us in our cottage, which bumped out the chickens. So we had chickens knocking on our door.

In the mean time both Mike and I have started doing some drawing. Mike is planning to fill another life drawing sketchbook (like he did in Morocco), and I'm sorting out some sketching for a painting project I have planned. This place is very inspiring!