Snow Tourists and a New Year in San Diego

On New Year's Eve we got up early and headed off in the rain to San Diego.  The storm let off as we entered California then turned to snow flurries when we entered the mountains outside the city.  The snow was thin layer over the mountains and very picturesque.  By then we were in need of a bathroom stop. So we pulled off the highway in a tiny mountain town and there were people everywhere, playing in the 2 inches of snow along the side of the road. 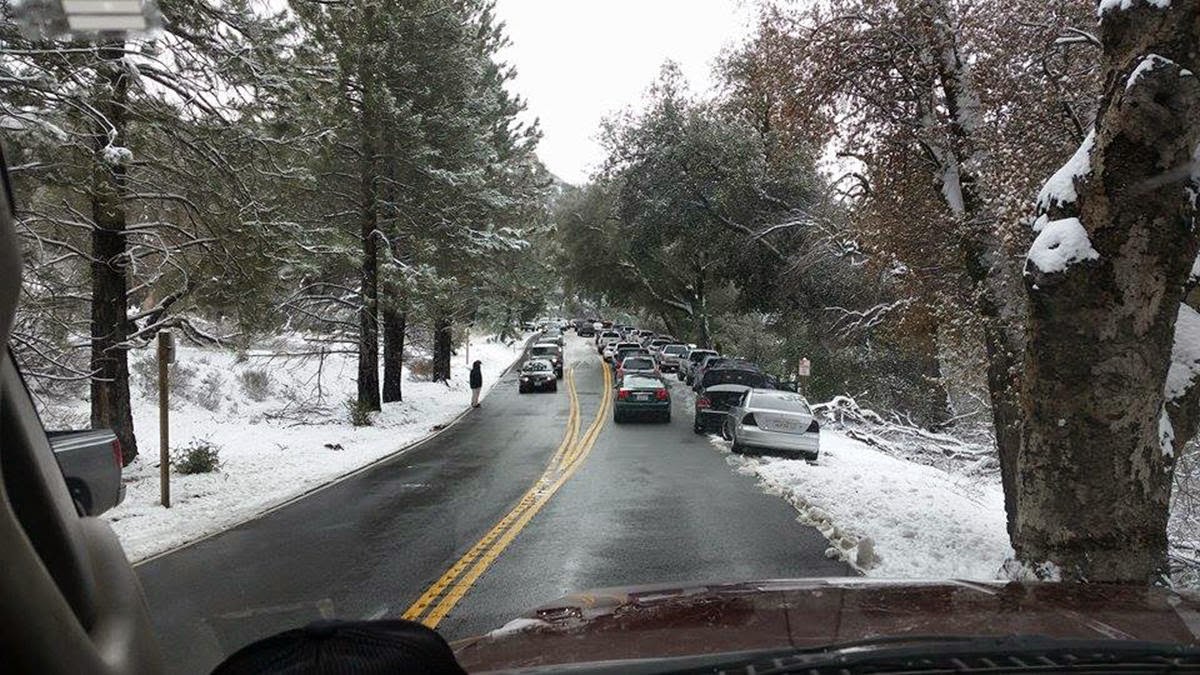 We stopped at a convenience store and people were lining up to buy chains for their cars.  The place was hopping and the really odd thing was that there was barely enough snow to make the road wet let alone have need for chains! Someone had even built a snowman on the roof of their car.  As they drove down the highway it flew off piece by piece. We took a few minutes to walk the dog and then made our way off the mountains towards the coast.

That night at the hotel the power went out.  The four of us (Chloe was at winter camp with her youth group last week) sat in the dark and played a goofy game called "Heads Up!"on Phoebe's phone.  Then as the time approached midnight we drove out to Shelter Island to ring the Yokohama Friendship Bell as was our tradition when we lived in California. 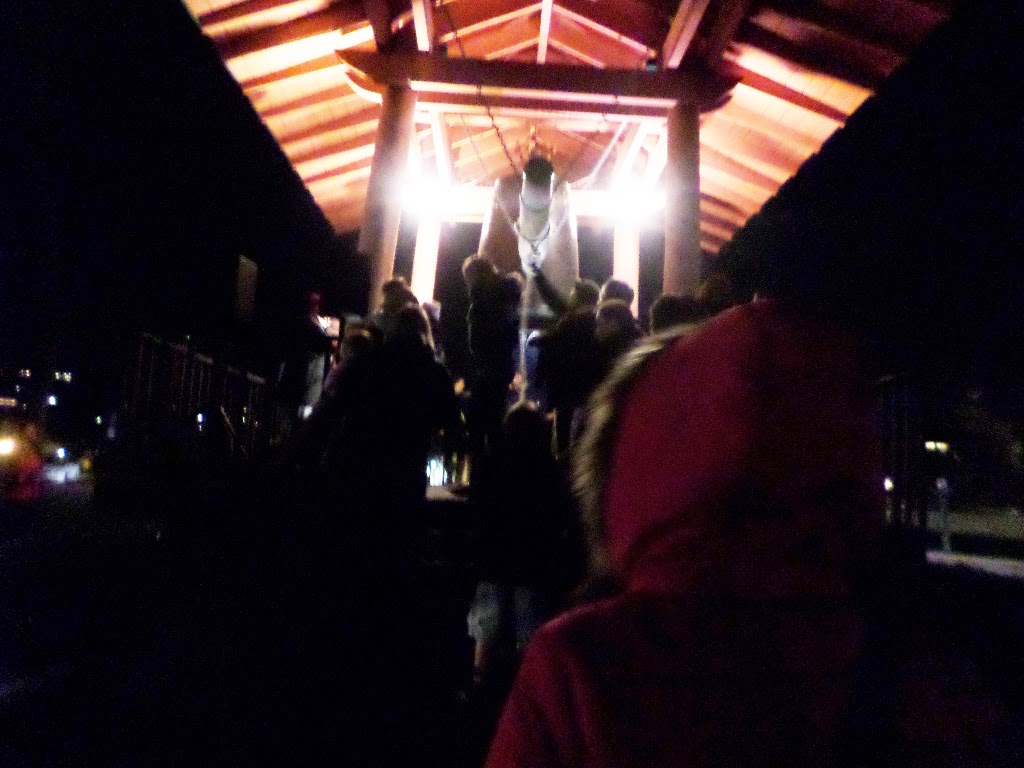 We waited in line only briefly as we were running quite late.  It was one of those moments when you wait all evening to go do something and then all of a sudden you're late!! 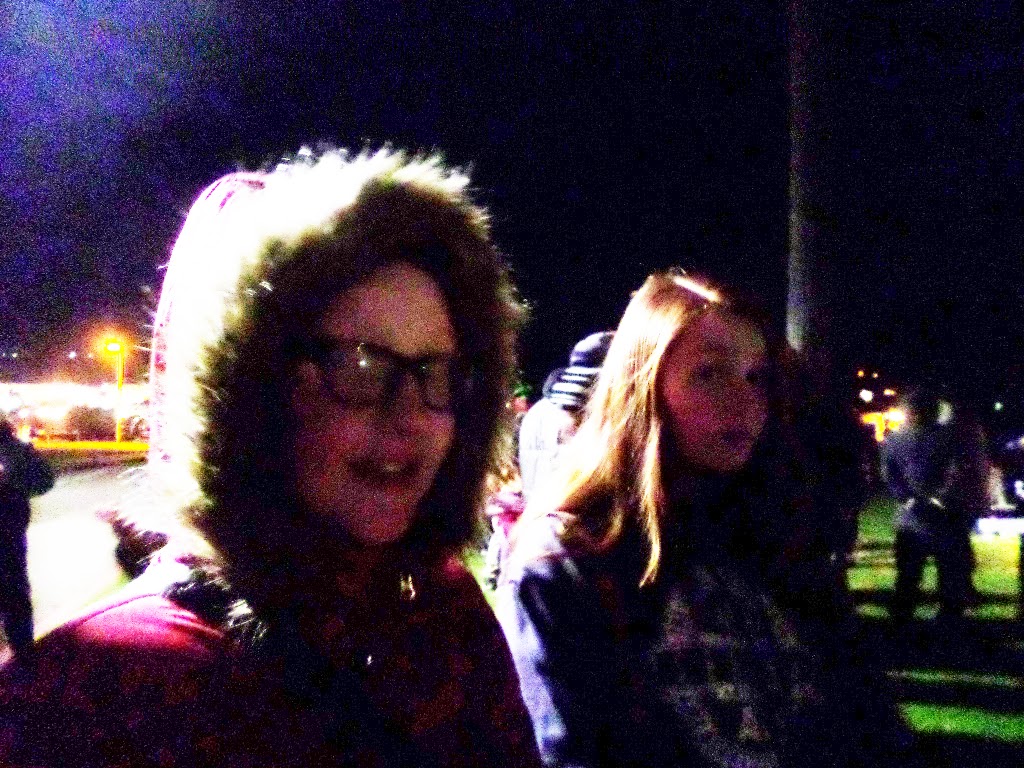 Phoebe and Naomi ready to ring in the New Year! 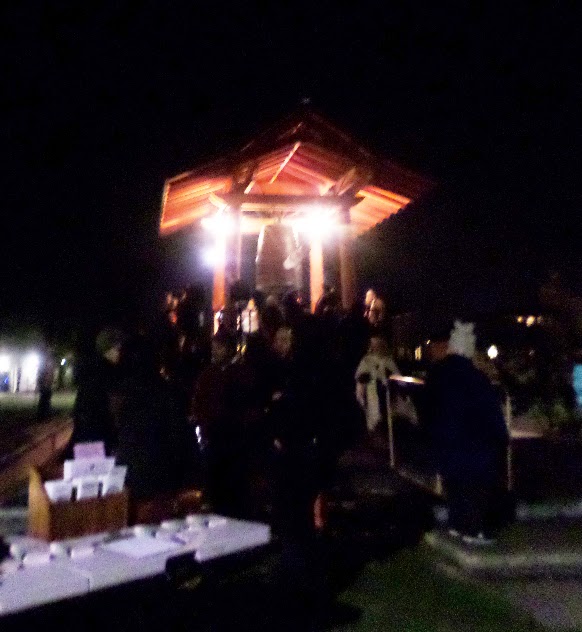 It was rather cold but the sky was clear and 2015 was upon us. 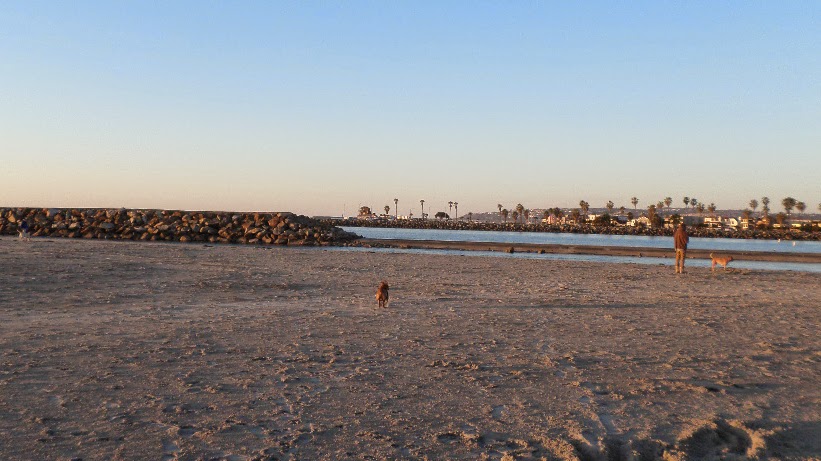 Our hotel was next to dog beach so Oscar spent the next morning running on the sand. 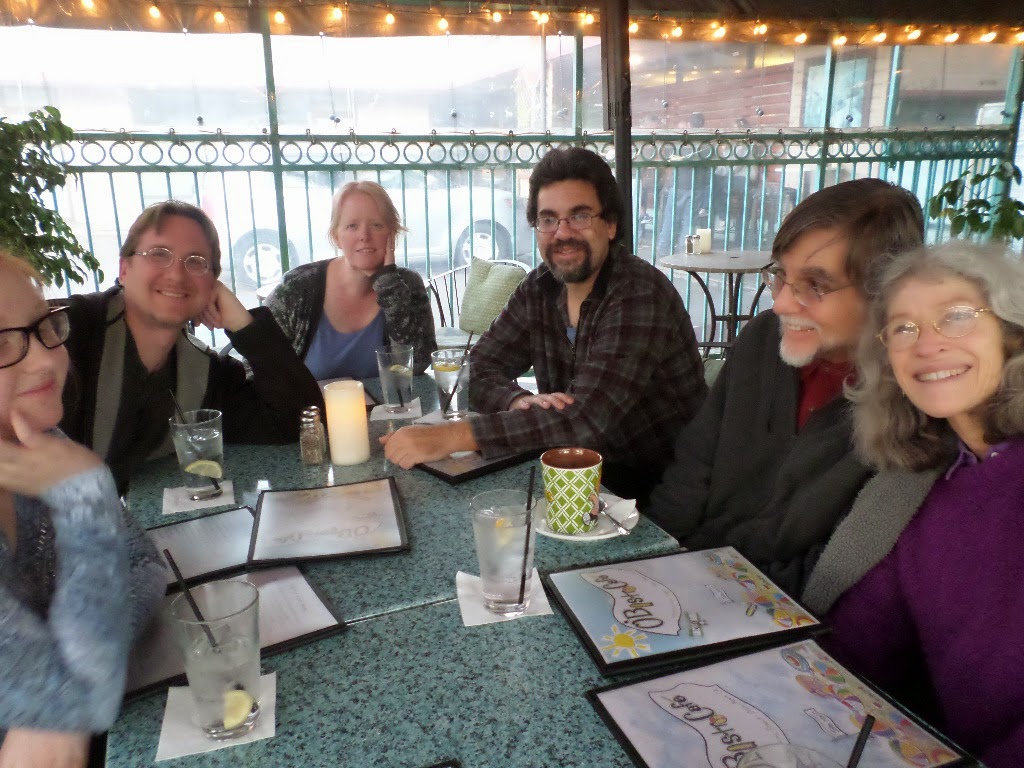 New Years Day we managed to meet up with family. This restaurant actually allowed Oscar (our dog) in. 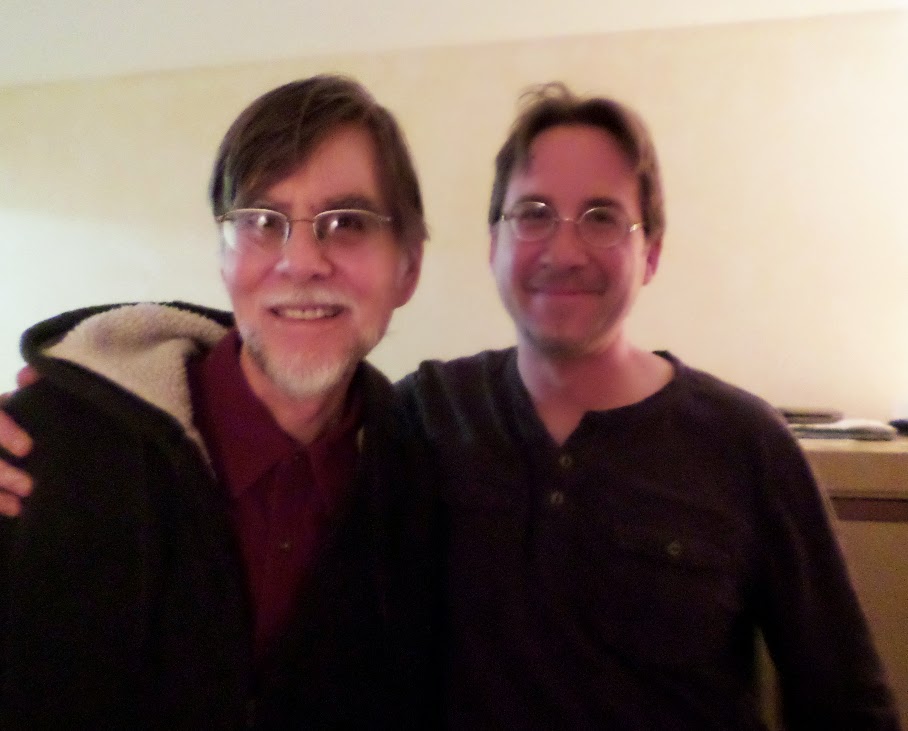 It was good for Mike to connect with his father.

On our final day in California we stopped in to visit some old friends. 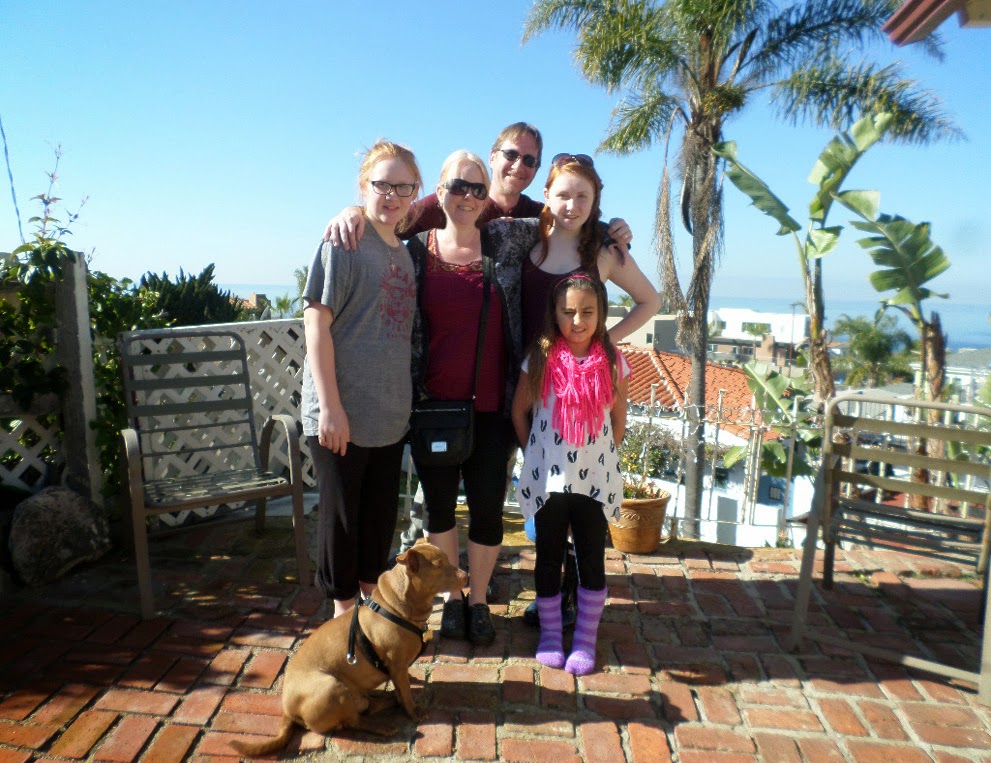 It was finally warming up like one would expect from San Diego. 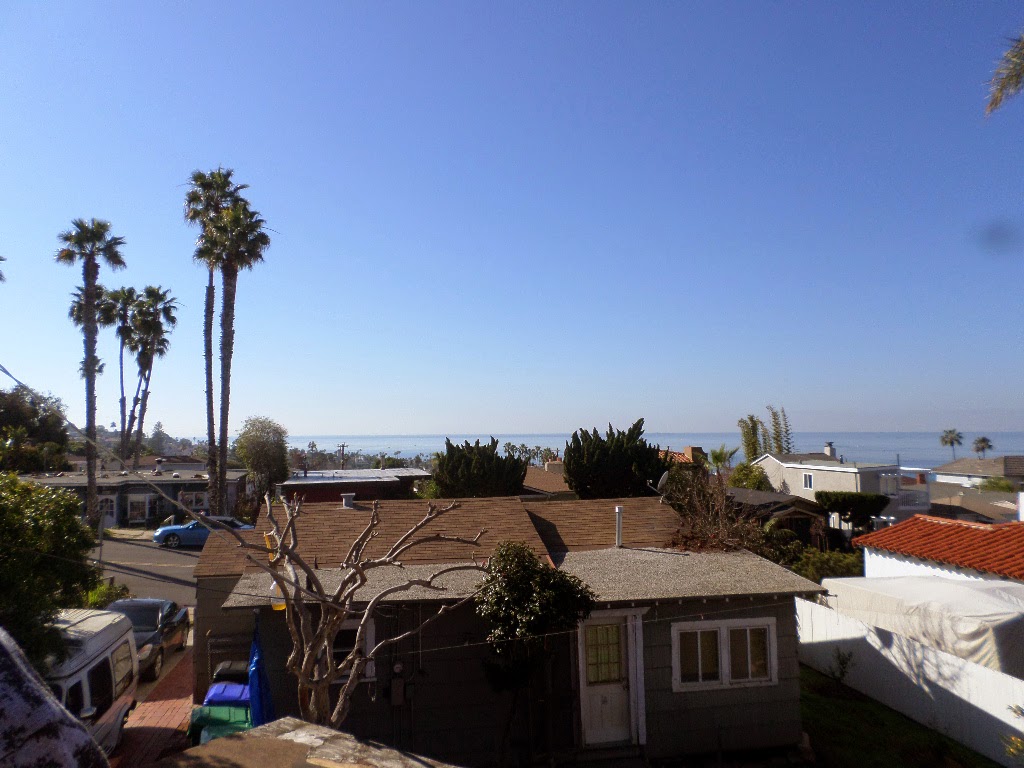 All in all it was a great New Year! 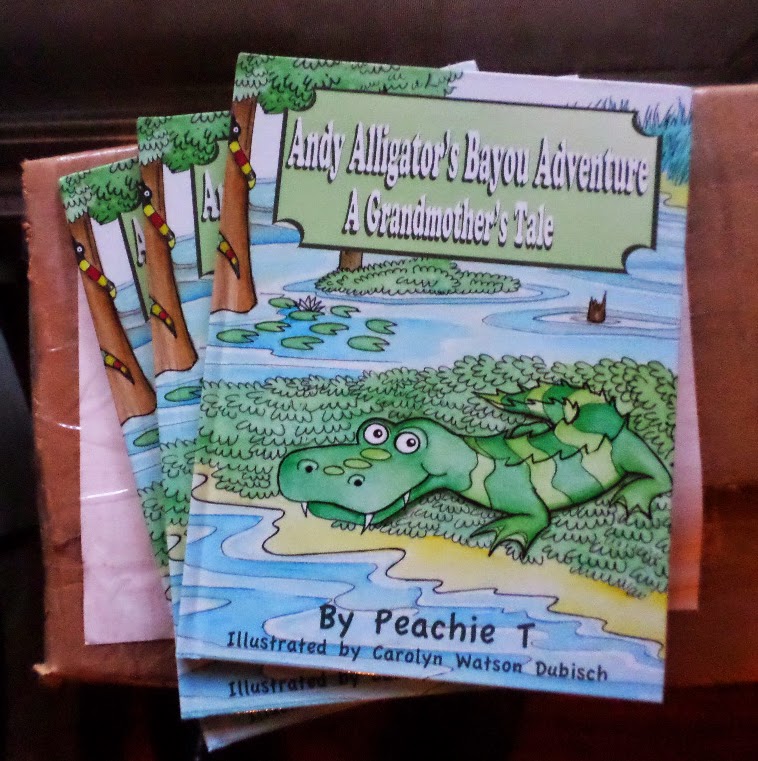 Last week I also received my copies of my new children's book.  Too late to send them as Christmas gifts, but it was great to see the publication! 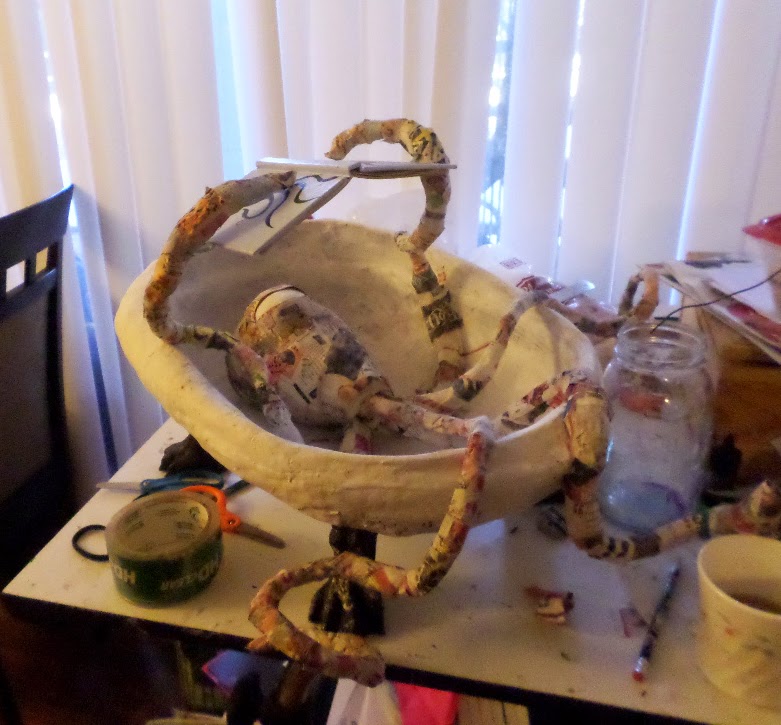 In other news, my octopus sculpture is making great progress, soon he will be ready for my exhibit.