When I think of Mexico I think of streets like this with fabulous colorful buildings and narrow cobblestone streets. 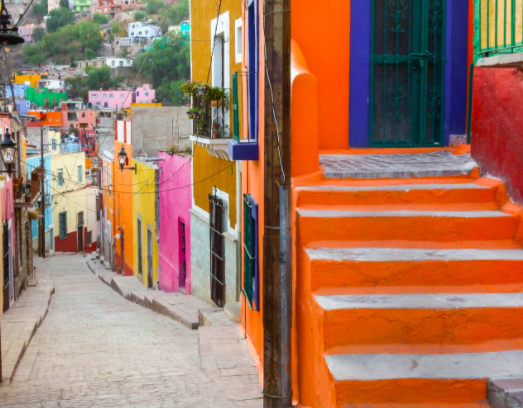 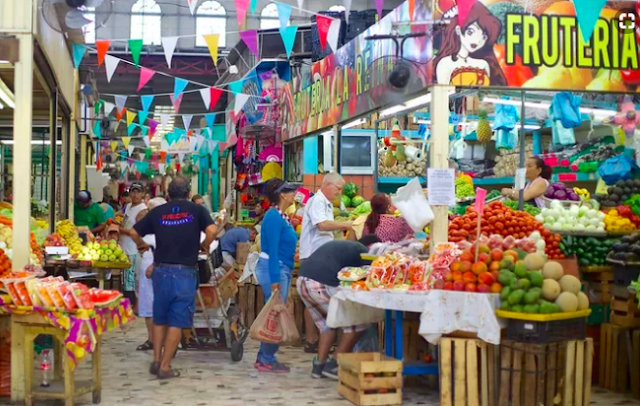 When I think of Mazatlán, our city, I think of the beautiful, warm beaches that bring people here from all over the world. 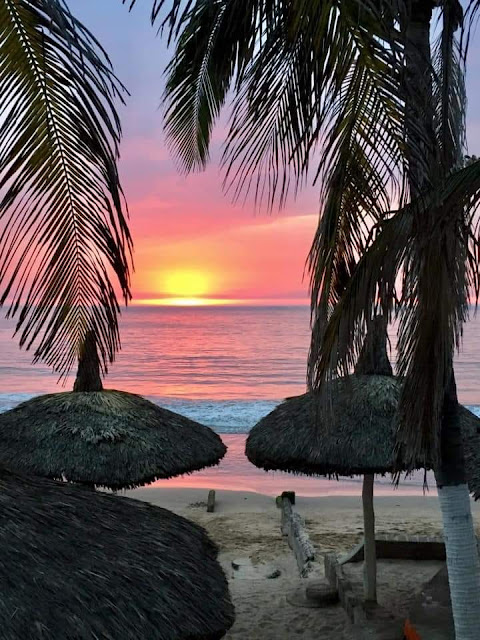 The fact that this city supports a population of half a million people through tourism and fishing and very few other industries is impressive. It's not called "The Pearl of the Pacific" for nothing. 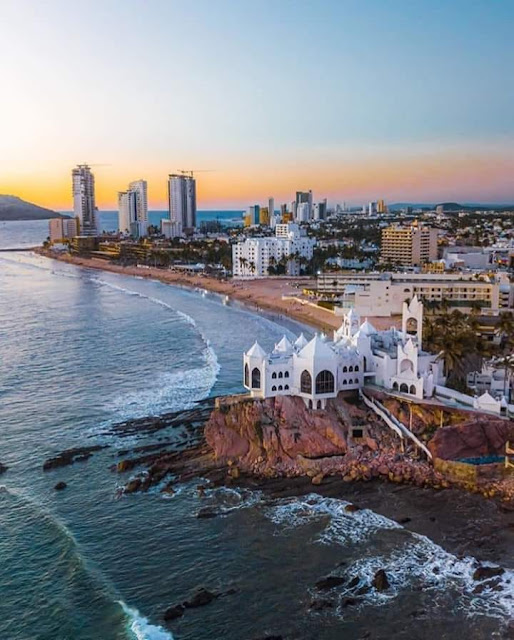 Even in the midst of a world-wide pandemic my spirits are lifted when I look outside, feel the ocean breeze and see this city and hear the distant sounds of Banda music. 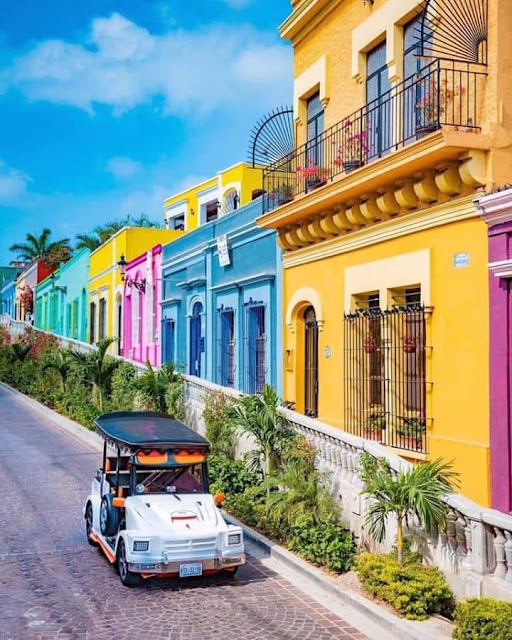 Unfortunately, this is not the case for Carson's parents. Chloe's boyfriend comes from a conservative Texan family that has only deeply racist and ignorant views of Mexico (very much enforced by the US media). His family has been calling on a regular basis saying profoundly xenophobic things about Mexicans to him and seem to believe we live in a bombed-out war zone and were holding him here in what can only be a squalid refugee camp against his will.

So after a week and a half of constant pressure, Carson packed up his car and headed for the border to meet his father (who is immuno-compromised) and they will then tow his car to Houston. While I understand wanting your kids nearby during these times, I had hoped he would wait a week to ensure proper quarantine. Phoebe and I were sick when they arrived and we did just ask him to wait another week to be sure he was ok, unfortunately his family refused to have a conversation with me.
So Chloe is heart-broken and Carson is off to live with his brother who is an essential worker and a firefighter who works with EMT's in Houston. 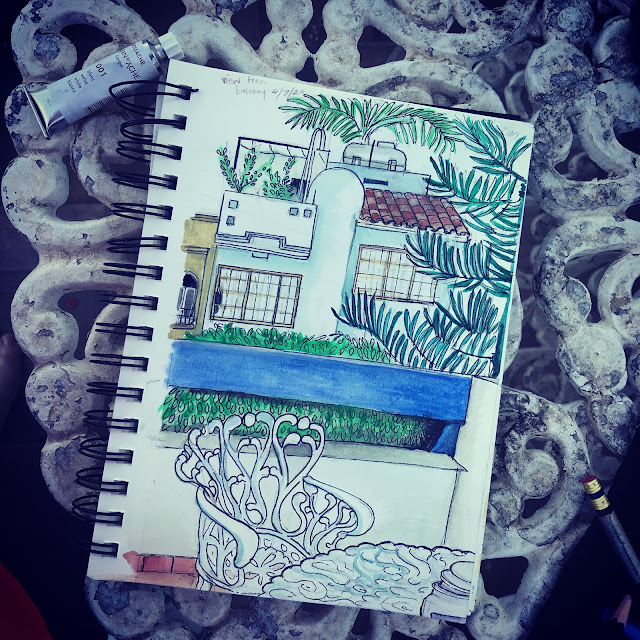 In the meantime, I'm trying to center myself by doing some drawing from our balcony. 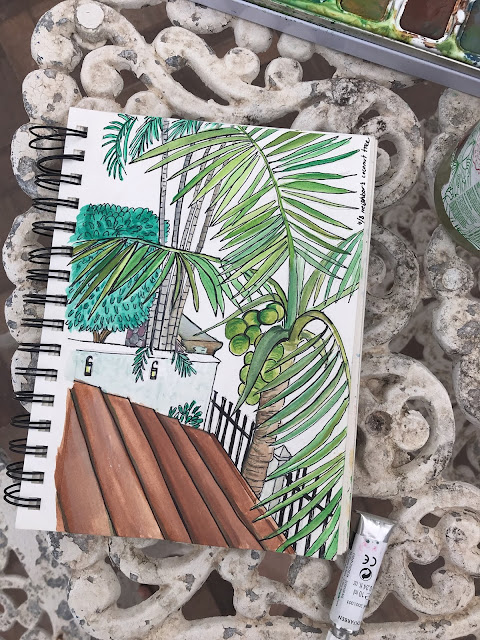 This is the neighbor's coconut tree. 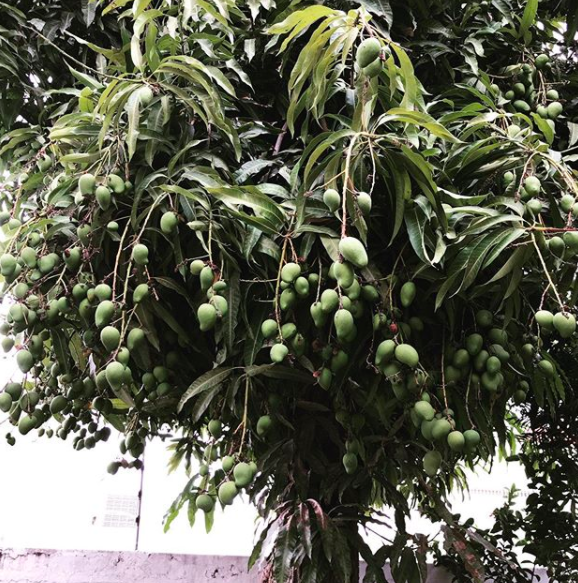 Also, I've been busy starting a garden. This is our mango tree over the garden and it's looking pretty amazing.

Other developments here include the spray truck coming through our neighborhood. They were spraying what I think is disinfectant for the Coronavirus. The government also distributed food packages and four hundred pesos for people who've lost their jobs. I think it was for the week, not sure if that means people will get more for next week.

Lonnie E. Holder said…
Back in the dark ages of 1986, when I worked for McDonnell Douglas, we had an opportunity to live in South Korea for a year and a half. This opportunity came through a very unusual circumstance.

It turns out that another guy, an American born to South Korean immigrant parents, already had the assignment. He went to Changwon, South Korea, where the assignment was located, and he came back with an attitude about South Korea. He said he could not possibly take his family to that dump. He backed out of the assignment, and the project manager was running out of time to find an in-country liaison engineer. To make a long story short, three of us were competing for the position, one was eliminated quickly, and after a couple of follow-on interviews, we got the assignment.

My wife, two children, and I lived in Changwon, South Korea for a year and a half. We loved it. My wife, who is South Korean, visited her sister and brothers, and we went all over South Korea. We absolutely loved our stay there. In fact, I tried to get another assignment there, but I was unable to find another in-country position.

So, we ended up having a great time because of prejudice.

Carolyn Watson-Dubisch said…
I hope you get a chance to spend time there again! South Korea is one of the safest places to right now. :)
April 11, 2020 at 9:01 PM